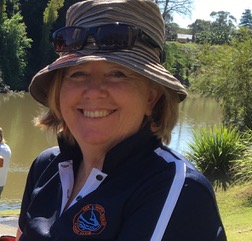 It’s my honour to present the 44th Annual Report for the Far North Coast Canoe Club for the year 2016-17. Out last AGM was in July 2016 so this report covers the 15 months since then.

It’s been a challenging 15 months – mainly because of the impact of ex-cyclone Debbie in March this year. That 11 metre flood, that  filled our clubhouse with muddy water as high as it could, which we have the strategies to cope with, has had far reaching consequences. Luckily we’d had a minor flood in the fortnight before the big flood, which resulted in a full evacuation, so when what turned out to be the Main Event, meant that much of the heavy work had been already done. Membership and general participation dropped over that time. That all of our membership, and indeed the town was affected by the flood, had a huge impact on how quickly we’ve been able to bounce back.

Capital works in the last year have been the addition of a concrete apron in front of the shed and path to the steps. Already this has increased safety and will help with flood cleanups.

The unexpected bonus from the first little flood was the depositing of river sand from up-river onto our river entrance. This new beach has turned into an elegant solution to a perennial problem of the slipperiness of the concrete and boards.

Aside from the few months of the flood, membership has ebbed and flowed with the seasons, with new members and with natural attrition. Thanks to all the people who introduce and encourage new paddlers.

Social paddles have included moonlit paddles and trips to the Brunswick Valley. Thanks to all the people who have organized trips this year. Hopefully the summer weather will bring more opportunities for social paddles.

Our club continues its association with the Northern Marathon race series in which paddlers compete with varying degrees of competitiveness against other paddlers from as far afield as Brisbane and Coffs Harbour. Members of FNCCC have competed successfully in these races.

The club race we hosted in August was very successful. Thanks to everyone involved with that day.

We decided not to have a regular newsletter this year instead opting for irregular notices, as needed, going directly out via email.  Our website continues to attract new members and our Facebook page is getting a lot of traffic.

Thank you to all those members who have, over the year, cleaned a shed, or mowed a lawn, or spoke with a tradesperson, or met with a dignitary, or painted a sign, or done any of those things that in the corporate world we’d be getting paid for. Thank you to all the people who’ve stepped up and done something just because it needed doing.

Which brings me to the current committee, the group of people who are the formal volunteer managers of this organization. Thanks to Stuart as vice president, Therese as Secretary, Michael as Treasurer and our anything but ordinary “ordinary members”: Colin, Barb, India, Penelope, Bruce, Richard, in alphabetical order.

Without these 9 people we could not have this clubhouse, these amenities, this morning tea every Saturday morning. I commend you for giving up your time so that everyone can get out onto the water and paddle, and so that more people can enjoy our beautiful river and fabulous sport.  Thank you, too, for giving me the opportunity to be on this committee. I wish next year’s committee all the best.

But let me re-iterate that this is a club that has 50-something members. No matter how fast a person paddles, or how many volunteer hours they contribute, or how often they appear, it is the diversity  within this organization that makes it special. Let’s value it.